Coffee Part I - "You can betray a Principle"

This is the first of a three part series on my findings in Aceh, Indonesia. First, I examine a failure in the Fair Trade system and the "negative implications" it has on farmer cooperatives. In Part II, I will examine a recent case presenting the cooperative perspective of their dealings with a Fair Trade coffee importer and based on that, explore ways for Fair Traders to keep the system in check. In Part III, I will present how I worked with the cooperative to create positive and sustainable solutions.

On April 1st, I arrived in Takengon, Aceh, in search of FLO-certified Fair Trade coffee cooperatives. Takengon is a slice of heaven; a picturesque green mountain valley lies cradled 1,300 meters above the sea surrounding a crystal clear lake. A natural mountain high! Much to my delight most of the farming here is done organically and to my surprise, I found not one, but twelve cooperatives united under the Indonesian Fair Trade Producers Association.

A FLO-Cert Audit
I selected three FLO-Certified coffee farmer cooperatives to meet with, one of which was busily preparing for an audit. For the cooperative, there a lot is at stake and there is constant concern about the “findings” of the audit. I could best describe the atmosphere as one in which the cooperative management was walking on eggshells. An audit lasts four or five days and closely examines the practices of a farmer cooperative.
Admittedly, it is a rare opportunity to be in the area when an audit was occurring, but I had the chance to meet Mr. Johannes Egger from Germany, the FLO-Cert auditor in Indonesia for the past couple years. The cooperative leadership had explained to me that a single mistake by a single farmer will get their certifications suspended.
When I asked Mr. Egger about this, he explained, it was not a single finding, but a repeated theme had to be established. If he discovered three similar incidents, then this was considered a finding, but a single incident was not enough to suspend a certificate. Additionally, a finding had to be made a few times before a certification would be suspended. Through my discussion with the auditor, I saw the fairness in the system; once a finding was established, FLO made gave written warnings in the audit and allotted ample time for the cooperative to make corrections. 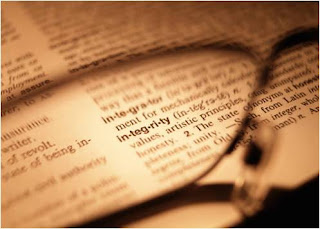 As often happens when Fair Traders come together, they learn much from the work of another. During our discussion we shared experiences and found many similar concerns and views regarding Fair Trade – him from his work in Indonesia and me from my research over the past several months. What I learned in meeting Mr. Egger was the rigorous audit the cooperatives undergo is actually what I had hoped for because we put a lot of faith into this certification and verification system. Although it pushed the cooperative out of its comfort zone, I felt a relief that the auditor held them to high standards to include their own; these are the very standards we believe are so important in Fair Trade that we label them as "principles."

When I had met with the Indonesian Fair Trade Forum (FFTI) in Bali, the General Secretariat, Agung Alit, explained to me that every year he receives many inquiries and applications from handicraft exporters who simply want to buy a Fair Trade certification, but not adhere to the principles. For FFTI, it means turning away applicants because Fair Trade is not like other certification systems - it is about making an impact, and that is not for sale!


"Principle, a word behind which it is easy to hide, and which often leads to some sort of failure. You can betray a principle"  - Paul Hawkins
Prior to arriving in Takengon, I met with a FLO-certified coffee exporter in the port city of Medan. Here I learned of a common practice that raised my eyebrows at first, but only when I went to meet with the cooperatives did I understand the full impact.

During my inquiry with each of the cooperatives I not only learned about their organic farming practices, but I also asked about their experiences with certified Fair Trade coffee importers. In particular, I asked if they ever received the 60% prepayment stipulated as mandatory by FLO-Cert.

I asked if they had ever heard of a single cooperative in Aceh ever receiving a prepayment of any amount.

I met with Mr. Mustawalan, Chair of the Indonesian Fair Trade Producers Association, and he verified my findings.

I discussed this with Mr. Egger, the FLO-Cert auditor, he also stated that to his knowledge, no cooperative in Aceh had ever received a prepayment of any amount, much less a prepayment of 60%.

With this, I went in search of answers on the FLO-Cert website where I found a 2004 paper on Coffee producers in Chiapas and Mexico, Coffee, Co-operatives and Competition: The Impact of Fair Trade by Anna Milford. She writes, “Fair Trade licensees are obliged to pay 60% of the total payment in advance, so that the co-operative does not have to make its members wait too long for payment. It thereby reduces the membership cost of delayed payment, with all its negative implications. The cooperatives appreciated the prepayment and said it was of great help to them. But despite this being compulsory as part of the Fair Trade regulations, not all of the customers complied with this rule”  (p.60).
Compared to my own findings, Milton was putting it mildly. Like so many Fair Trade researchers and auditors, Milton closely scrutinizes the farmer cooperative, but does not seriously review the betrayal of a principle by Northern Fair Trade coffee importers. The term "obligated" is even stated, yet this violation is glossed over.

What is the purpose of utilizing such strong wording when there it is simply cast aside? Furthermore, Milton regards their noncompliance as simply being an inconvenience to farmers and does not examine the "negative implications."  These are important findings but she does not take them seriously, and evidently neither does FLO-Cert because seven years later I found a much worse behavior being reported to me.

In Paul Hawken’s highly acclaimed publication that should be on every Fair Trade Organization's bookshelf, The Ecology of Commerce, he eloquently writes, “We often hear about business standards and principles, but perhaps a better word… is ‘practices’. I am drawn to the word not only for its practical sense but because it implies that there is something to be learned, and that through consistent and applied practice, one improves one’s ability, get’s better at a skill, strives for understanding. Practice seems more humble word than principle, a word behind which it is easy to hide, and which often leads to some sort of failure. You can betray a principle, but you can always keep on practicing. (p. 68-9)”
Perhaps it is time to examine the purpose of a Fair Trade principle... 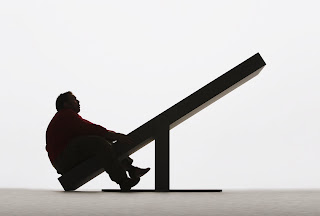 Firstly, since the days of colonialism, which this era of Globalization replicates in so many ways, there exists a systematic imbalance in international trade. This imbalance has given much weight to conventional Northern importers. Essentially, the importers dictate the terms and conditions. If they don't get their way, they simply bring their business elsewhere. For this reason Fair Trade embraces a prepayment to farmers as a principle to correct this historic imbalance that remains a commonplace in the conventional trade system.

Secondly, it is a recognition of the risk involved in the trade deal and that the producer is at a disadvantage from the onset. Many of poor producers lack capital, and without capital on hand they have to raise funds, and typically it means to borrow from local loan sharks at high interest because banks are frequently closed to small producers. This is the entry point into a vicious debt cycle that burdens many impoverished producers around the world. A principle of prepayment is to address this situation by empowering producers and strengthening their independence.

Thirdly, this principle is tied to the principle of establishing long-term trade relationships. In conventional trade systems, the short-term gain is often the focus, and this can be a one-sided benefit. By building up our Southern trade partners, the relationship is one of mutual respect and trust based on long-term benefits for both the farming community and for the importers.

From my research, it seems to me that FLO-Cert closely examines organizational practices of its Southern partners who undergo a strenuous and exacting audit on their practices, while dismissing the flagrant disregard of established and agreed upon principles by Northern Fair Trade coffee importers to the extent that a principle is seldom, if ever, upheld. Frankly stated, there appears to be a serious double standard in the system.


But it gets worse. From here is where it is time to provide findings, name names, and identify behaviors for what they are... Part II will reveal my findings and look at ways to address the situation so as to present a win-win solution.

Mitch Teberg, MA
Works for UNDP Afghanistan, Kabul, Afghanistan
This blog is of a Fair Trade Journey taken in 2011 to research Producers and National Fair Trade Networks throughout SE Asia. Mitch Teberg holds an MA in Sustainable Development from the SIT Graduate Institute, USA, and has been working in the field of Fair Trade since 2003. In addition to Fair Trade, he has worked in Community Development, Poverty Alleviation, Women's Rights and Gender, Reintegration of Survivors of Human Trafficking, Capacity Building and Organizational Development.

Where my journey began...

Friends of the Journey